A BARRISTER YOU CAN TRUST 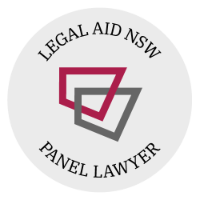 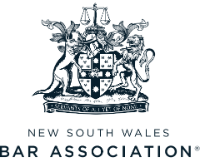 A BARRISTER YOU CAN TRUST

GET THE RIGHT ADVICE & REPRESENTATION

Prior to coming to the Bar, Mahmud practised in the Litigation and Dispute Resolution team at Hunt & Hunt Lawyers. Mahmud regularly advised and acted on behalf of government clients in regulatory prosecutions, appeals, administrative reviews, commissions of inquiry and coronial inquests.

Earlier in his career, Mahmud served in the NSW Police Force as a General Duties Police Officer, and later a Police Prosecutor. During his time in General Duties, Mahmud conducted numerous criminal investigations, and provided legal advice to investigators on the exercise of legislative powers and the sufficiency of briefs of evidence. As a Police Prosecutor, Mahmud appeared in Sydney Metropolitan and Children’s Courts to prosecute matters on behalf of the NSW Police Force, Transport for NSW, Revenue NSW, local councils and various other regulatory agencies. Mahmud has extensive advocacy experience in conducting defended criminal hearings, sentencing proceedings, and applications relating to bail, Apprehended Violence Orders, forensic procedures, mental health, and confiscation of proceeds of crime.

In 2019, Mahmud was seconded from private practice to Transport for NSW (formerly Roads and Maritime Services) as Senior Legal Counsel. In this capacity, Mahmud advised lawmakers, industry stakeholders and investigators while managing the Department’s prosecutions and appeals. Mahmud also worked to dissolve Roads and Maritime Services and integrate it into Transport for NSW.

He has experience in superior and inferior Courts, including appellate Courts, Children’s Courts as well as tribunals and commissions. Mahmud accepts briefs to appear in all New South Wales Courts and Tribunals, including in regional and remote locations.

Contact me to discuss your legal enquiry. To help best serve your needs, please be as detailed as possible.